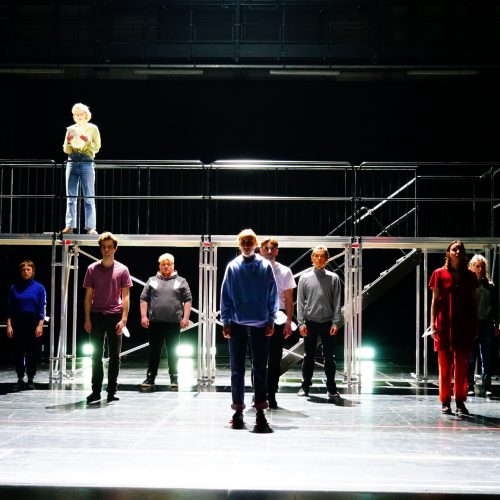 The ADK prepares students for careers in theatre and also film and aims to provide students with a practical and project-based training in Acting (Bachelor), Directing (Bachelor) and Dramaturgy (Master) as well as in Stage- and Costume Design at the Stuttgart State Academy of Art and Design. Interdisciplinarity is a core feature of the academic concept of the ADK. The proximity to the Filmakademie allow to react to an art that is exposed to constant changes. In addition to providing a foundational training for theatre, the ADK offers integrated projects that explore new forms beyond established fields and genres by using the new media. To build a bridge between studies and profession and to get access to a wide range of different institutions and personalities in the field of theatrical and artistic practice, the ADK enjoys a fruitful cooperation with a number of theatres and art institutions.

With a view to the states whose independence they fought for, the former freedom fighters say: “That wasn’t it”. That was not what we had in mind.

One thing they did know was what they didn’t want anymore, ever. The dubiousness of five centuries of colonial and imperial certainties are forever exposed by their revolts that made colonialism, racism, and all the theories that justified them unacceptable.

The student performers collected material on these topics and included themselves and their own learning process in the investigation: How do I learn? What affects me? What not? When was the last time I became aware of something that changed my view of the world? What do we know about Portugal as a colonial power? What happens to a country whose land has been completely exploited? And what about the people there? Why is a Portuguese dictator still revered years after his overthrow? How come that we have Che Guevara T-shirts everywhere, but hardly anyone knows the freedom fighter Amílcar Cabral? And why is it that the only names we retained of the independence movements are male? How can we face the history of the people of another country without cultural appropriation or clichés? Twelve acting students research 500 years of colonialism, explore their own entanglements in it and observe their own learning process.

An evening of documentary theatre emerges from these interlinked investigations, in which we examine: Is racism a European developmental disorder?

“That wasn’t it”. That was not what we wanted to know.

In German with English subtitles. 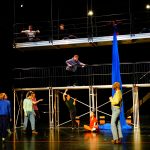 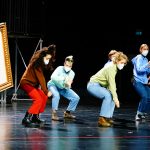 All performances by Academy of Performing Arts Baden-Wuerttemberg