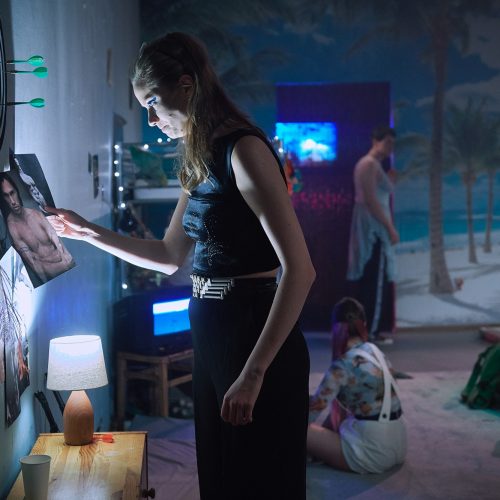 It is the year 1429. France has been drowned in the chaos of war with England for nearly century. Joan of Arc, a simple girl from the country who can hear the voices of saints speaking to her, becomes the country’s last hope for turning the tide of history.

She takes over command of the French army and leads it to a series of miraculous victories, recapturing Orleans and crowning Charles VII King of France all over the course of only a few months. In 1430, ather a long and difficult trial by inquisition, the Authorities and Church have Joan of Arc burnt at the stake for preaching heresy. A hundred years later, the same Catholic Church would canonise her as a saint.

Although Joan of Arc has inspired musicians, writers, and directors for quite a few centuries, George Bernard Shaw’s Saint Joan has been staged in a theatre for three decades. Students of the AST National Academy of Theatre Arts in Kraków have boldly revised the image of the saint made by Irish playwright, placing Joan in a world bordering on an apocalypse, or perhaps elicited from RPG games. Monika Strzepka, one of the most well-known and controversial figures in Polish theatre, again breaks into contemporary reality with powerful theatrical diagnosis. For the world of the first half of the 21st century stands on the verge of a political, ecological, and cultural catastrophe. The Notre Dame is on fire, as are the Siberian tundra and the rainforests of the Amazon. Joan, the girl who wanted to save her world, is burning as well.

A diploma performance by students of the fifth year of the Acting Department of the AST National Academy of Theatre Arts in Kraków.

In Polish with English Subtitles. 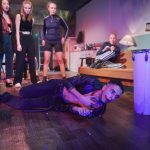 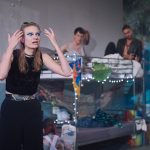 All performances by AST National Academy of Theatre Arts in Krakow