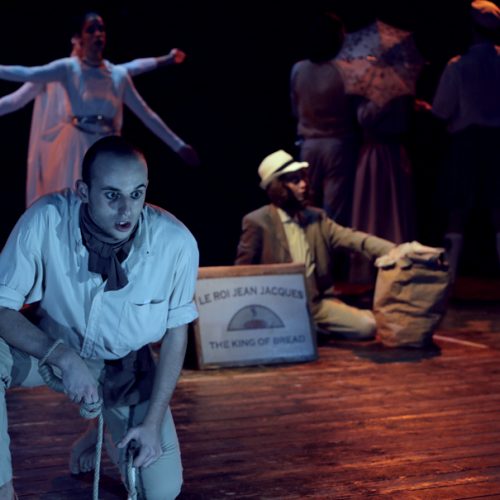 Theatre Academy in Rome ‘Sofia Amendolea’ was born from the evolution of the ROMATEATROFESTIVAL’s International Projects and from the will to create a Permanent Educational Centre for ‘Actors of Éurope’, making them qualified to increase their own experiences and to go over cultural and stylistic limits. Thanks to the cooperation with many International Festivals and Cultural Institutes, the Academy is an Institution of Educational and International Exchanges. For this reason, in the last 10 Years, the Academy joined more than 100 International Theatre Festival’s all over the world, often performing in English language. The Academy offers intensive three-years courses (40 hours per week, 11 months per year), and it is led by Professors Paolo Alessandri, Fabio Omodei, Monica Raponi.

THE STORY: The World is going adrift: Corruption is everywhere, inside the men, and outside them. DREAMLESSLAND is a Land where the good ones are weak, and where it seems to be impossible to live observing the precepts of the Gods. For this reason, the two Highest Divinities, ‘Justice’ and ‘Love’, come to Earth looking for the presence of at least one ‘Beautiful Person’: somebody who is able, by being a good person, to have a good life too. But it does not seem to be that easy…

THE DIRECTING: The stage is totally empty, only filled with the bodies of the actors and the stage lights. In a monochromatic world, like an old living postcard, the characters are both ‘beasts’ and ‘people’: fighting for their survival while they are beasts, and pretending to be ‘Beautiful People’ when they are humans. Their voices become creepy songs reminding lost childhoods; their bodies are meat puppets and, at the same time, scenographic objects. Dreamlessland is a wet empty stage where, despite its own innatural emptiness, there is no space for living.

In English with English subtitles. 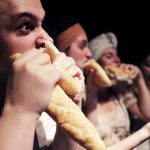 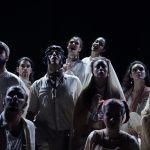 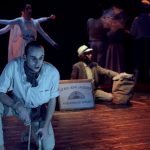 All performances by Theatre Academy in Rome Sofia Amendolea